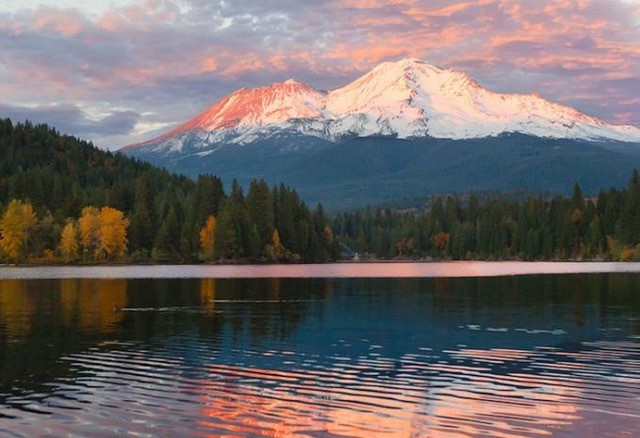 Travel restrictions are being lifted, the U.S. population is nearly 50% vaccinated against the Corona virus and we are all slowly, albeit cautiously trying to find a way back into a social environment. After being in isolated from friends and family for over a year, it may seem like the ideal time to start planning a vacation. Here are some destinations in the United States that will also fulfill your spiritual side.

Lily Dale, New York:  Lily Dale is a hamlet located within the town of Pomfret in the northern part of New York State. Lily Dale’s population of approximately 275 residents are all dedicated to upholding the spiritualist movement. Lily Dale was originally founded in 1879 as a camp for Spritualists and Freethinkers as “Cassadaga Lake Free Association.” Since then, the permanent residents host year-round workshops, symposiums, festivals and presentations to further the science, philosophy and religion of Spiritualism including the national headquarters of the National Spiritualist Association of Churches.

Lily Dale also boasts a museum featuring exhibits on the history of Spiritualism, the former site of the Fox Sisters’ cabin and lake-front camping sites. Visitors have access to a wide range of mediumship demonstrations (there are over 50 of the most renowned mediums in the world living in Lily Dale), workshops, healing services and thought exchange meetings. The town also includes two hotels and several guest houses to accommodate visitors.

Mount Shasta, California:  Mount Shasta is the second highest peak in the Cascades mountain range and the fifth-highest in California. It is also a potentially-active volcano, although the last known eruption was around 1250 AD. The highest point sits at an elevation of 14,179 feet.  Mount Shasta sits along the Siskiyou Trail, which was an ancient trae an travel route of Native American footpaths between California’s Central Valley and the Pacific Northwest.

Native American lore describes Mount Shasta as being home to the spirit of the Above-World “Skell” who were persuaded by the Klamath chief to descend from Heaven in order to fight the Spirit of the Below-World “Llao” by throwing hot rocks and lava. Skell prevailed, but was trapped for eternity to live on the mountain.

Mount Shasta is also believed to be one of the U.S. power centers for harmonic convergence Harmonic Convergence in 1987.  The mountain, and the city named after it, just 9 miles away, remains one of the most popular gathering spots in the world for spiritual seekers. The area offers visitors several opportunities for spiritual retreats, yoga centers, healing centers and some of the best fishing spots in the region.

Cassadaga, Florida:  George Colby, founder of the Cassadaga community in 1894, said he was led by spirit guides to the area after attending a summer Spiritualist Camp meeting in Lily Dale, NY.  Colby originally purchased 35 acres to for the Southern Cassadaga Spiritualist Camp Meeting Association and was later expanded to the current 57 acres which is located in Volusia County just north of Deltona, about half-way between Orlando and Daytona Beach.

Cassadaga has become known as “The Psychic Capital of the World.”  The town includes a hotel, auditorium, the Colby Memorial Temple, the Cesar Forman Healing Center, a Camp bookstore and the Andrew Jackson Davis Educational building that is used primarily for musical performances and gatherings.  Their website notes that the residents of Cassadaga “have chosen to live in a community of spiritual people where they can worship and work in harmony with their beliefs.”

Many of the residents are mediums and healer and offer services from their homes. There are also free weekly message services on Sundays. Some Cassadaga residents also offer seances, spiritual healings and mediumship development classes. Because of all the practicing psychics in Cassadaga, visitors may also stumble upon several vortices, or areas of strong psychic energy, in and around the grounds of the Camp, specifically in Seneca Park and on the Fairy Trail

Sedona, Arizona:  Sedona sits within the Coconino National Forest and straddles the county line between Coconino and Yavapai.  The region is undeniably beautiful and mysterious because of the array of sandstone formations that appear to glow orange and red during the sunrise and sunset.

Sedona’s connections to Spiritualism and the psychic world began in the 1980s when a psychic channel and Sedona resident named Page Bryant identified a number of powerful spiritual vortexes including Belle Butte Rock, another powerful site for the Harmonic Convergence. Since then, Sedona has become a popular psychic destination and is now known as one of the 10 most sacred spots on earth.  However, for many Native American tribes in the region, this was not new information. For centuries, local Native Americans flocked to Montezuma’s Wall and Boynton Canyon in the Sedona area because of the unique energies in order to perform healing and other sacred ceremonies.

Visitors to Sedona can explore on their own and find peace in a self-made Spiritual journey or they can participate in a number of guided tours and psychic sessions including vortex tours, sound healing, medicine wheel ceremonies, astrology, shamanism, and outdoor yoga sessions. The City of Sedona welcomes the nearly 3 million visitors each year and offers many hotels, lodges and cabins as well as a variety of shops, spas and themed restaurants to entertain and delight the travelers.

New Orleans, Louisiana:  With its rich history steeped in both poverty and wealth, scrappy survival and horrible tragedies, New Orleans has long been known as one of the most haunted destinations in America. It is also the home to some of the most authentic psychics, mediums and Spiritual healers. New Orleans is a mix of spiritual cultures including French, Cajun, Creole, Caribbean, Irish, Cuban, Haitian and more. You can easily find practitioners of Wicca, Voodoo, and Paganism, as well as traditional religion and Spiritualism. The streets of the French Quarter are lined nightly with psychics and mediums offering readings for a small fee.

Just stepping into the heart of New Orleans, it is hard to not feel the psychic presence of its long history and the City has made a living on offering a variety of explorations into the “spirit” of what makes it unique. This is truly a tourist destination where lodging is not difficult o find. True Spiritual tourists should investigate renting a room or Air B&B in the heart of the French Quarter where you are more likely to encounter a stronger spiritual connection or a visitor from the other side.

The City offers a wide variety of ghost tours, psychic encounters, spiritual healings and trainings as well as shops and boutiques catered to the tourist interested in the mystique. Don’t forget to look outside the City for more experiences including The Myrtles Plantation in St. Francisville, known to be one of the most haunted places in the United States.

You may also want to take a side trip to Baton Rouge to visit the Center for Spiritual Living in Southeast Louisiana. This all-inclusive Spiritual Foundation offers workshops on Spiritual principles, medication, visioning, and self-mastery. They are currently offering online and conference call seminars due to Covid-19 restrictions. Check them out here: http://cslsoutheastla.org/classes-workshops/