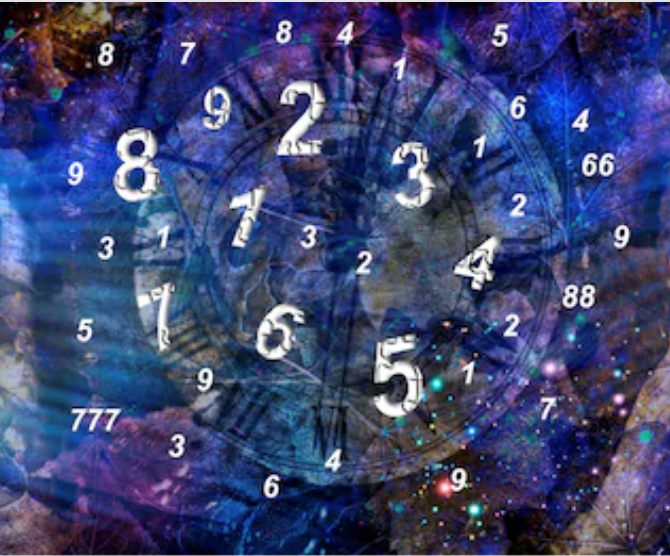 Throughout history, scientists, philosophers, and clerics from all corners of the world have used the interconnectedness of numbers to help explain and illustrate more intangible concepts like fate, personality, and religion.

While the Western concept of “Numerology” does not appear in any writings before 1907, the accepted founder of the modern theories can be traced back to concepts outlined by the Greek mathematician and philosopher Pythagoras (580-500 B.C.).1

Pythagoras is best known for the Pythagorean theorem regarding the calculation of angles in a right triangle. However, he also founded a secret philosophical society with members known as “mathematikoi.” This society followed strict rules including the belief that “Reality is mathematical in nature” and “Some symbols have a mystical significance.” The main goal of the mathematikoi was to define the universe and everything in it through numbers and mathematics.2

In 325 AD, the Roman Empire declared such practices and beliefs in line with astrology, divination, and magic and outlawed these practices in Christian societies. Despite this, many theologians and philosophers of the time defended the concept of the correlation of numbers to historical Christian beliefs.3 Several significant events in the Bible are assigned or defined by numbers and repeated throughout: 666 is the sign of the devil or number of the beast; 888 is often referred to as “The Jesus Number.” The number 7 is repeated several times: it took 7 days for God to create the Earth, there are 7 Holy feasts in the Jewish holidays, 7 churches in Revelations, 70 years of captivity for the Israelites in Babylon; there are 7 seals in Revelations.

This interconnectedness between numbers and spirituality is what built the modern foundation of Numerology, often called the Pythagorean method. This method draws from a numerical calculation of a person’s birth name and birth date to define your Life’s Path and Destiny. The numbers assigned to the English alphabet are as follows:

Next, the numbers from each total are added together until they result in a single number, 11, 22, or 33, which are thought to be “master numbers.”

There are several online sites that have brief descriptions of the Destiny and Life Path designations. Some good ones I found are:

I also recommend reading as much as you can on the subject or consulting a scholar of numerology before relying too heavily on what you find online. A great start is Joy Woodward’s “A Beginner’s Guide to Numerology: Decode Relationships, Maximize O(opportunities, and Discover Your Destiny.” Or “The Complete Book of Numerology” by David A. Phillips, Ph.D.

Finally, keep in mind that several scientific studies have attempted, without proven success, to quantify the results of Numerology conclusions despite the hundreds of years of history devoted to these practices. The insights gained from Numerology should be used in conjunction with insights from other spiritual practices to create a full picture of your soul’s journey.

References:
1. Drayer, Ruth A (2002). Numerology, The Power in Numbers. Square One Publishers.
2. Dudley, U. (1997). Numerology: Or, What Pythagoras Wrought. Mathematical Association of America. – a skeptical survey of the field through history
3. Holcombe, A.D. (1 January 1997). “Biblical Numerology Confirms the Spiritual Validity of Its Contents”. Journal of Religion & Psychical Research.