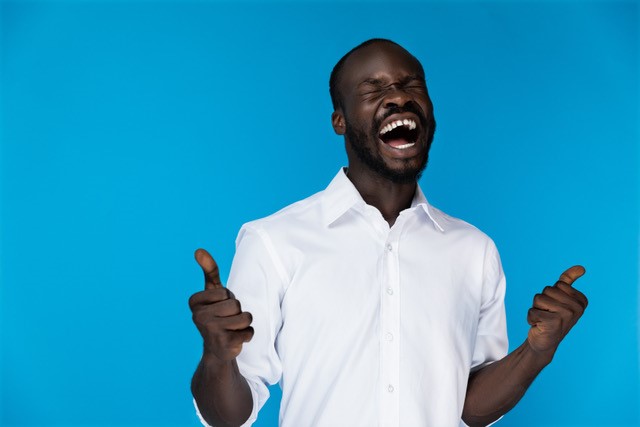 The practice of yoga goes back thousands of years with documented proof of meditative, spiritual, and physical benefits. In 1995, a cardiac internist and allopathic physician from India devised the concept of Laughter Yoga to not only combat depression but also strengthen internal physiology for his patients and the community of practitioners. Dr. Madan Katari is now known as the “Laughter Guru” and his inspirational technique has fostered thousands of Laughter Clubs worldwide.

The science of laughter and the benefits it provides for our physical health have been studied for decades before Dr. Katari developed his Laughter Yoga techniques. Numerous studies have found that laughter increases the rush of endorphins to the brain and produces the same benefits as an exercise in reducing cortisol (the stress hormone) levels.

Lee Berk of Loma Linda University in conjunction with Bill Frey from Stanford University also found that joyful laughter causes the same brain wave frequencies as those who have achieved a true meditative state. These gamma wave frequencies that are achieved improve focus and thought processes because they engage the entire brain. Essentially, they found that producing laughter can make you smarter!

Additionally, there are several physical health benefits to laughter. One study found that regular laughter can lower blood pressure by up to six percent. Laughter Yoga is an aerobic exercise, one that strengthens the cardio system, brings oxygen to the brain and bloodstream, and creates more energy and relaxation. If done right, it also gives your abdominal muscles a good workout – think about the last time you had a good, long belly laugh!

So, how do you get started when it feels like you have no reason to laugh? All Laughter Yoga sessions start with breathing exercises. Begin by breathing in through your nose and out through your mouth. After a few breaths, add in rhythmic clapping by holding your hands parallel to each other and clapping threes (1-2-3, 1-2-3). Next, say out loud, “Ho Ho Ho or Ha Ha Ha” as you clap your hands, breathing from your diaphragm with deep breaths in and out.

Move around the room as you increase the speed of your claps and your laugh-chant. If you feel silly doing this – GREAT! Laugh at yourself and let it go. Make sure you smile as you chant, too. Studies have shown that the mere act of smiling begins to release the endorphins in your brain that elevate your spirit. If you have to force it, it’s okay. The whole point of laughter yoga is to “fake it until you make it” because the benefits of fake laughter and genuine laughter are virtually the same.

If you are still feeling a spiritual or emotional blockage that is not allowing you to feel joy or even begin this simple exercise, I can help. Our energies often get blocked by past experiences, outside influences, or internal struggles that we have difficulty identifying. My transformational energy services can help you pinpoint those roadblocks along your true path so you can begin the process of healing yourself and reaching your true destiny.

For more Laughter, Yoga exercises, and examples of group Laughter Yoga activities, check out these sites: https://www.laughteronlineuniversity.com/laughter-yoga-exercises/ or https://www.wikihow.com/Do-Laughter-Yoga. There are also several YouTube videos on Laughter Yoga and don’t forget to check out Dr. Katari’s website at www.laughteryoga.org.